Words.  Sometimes they can be used to paint a picture so vivid and clear they are almost better than a picture.  In Bolivia, home to Salar de Uyuni, the largest salt flats on planet earth I couldn’t possibly begin to describe the sheer beauty my eyes were lucky enough to take in for a few days.  Only a camera can come remotely close to portraying the strange landscapes of an ancient sea that dried up to form massive plains of salt surrounded by natural wonders that can only be described as out-of-this-world.  With one sentence per picture I present to you the great Salar de Uyuni… 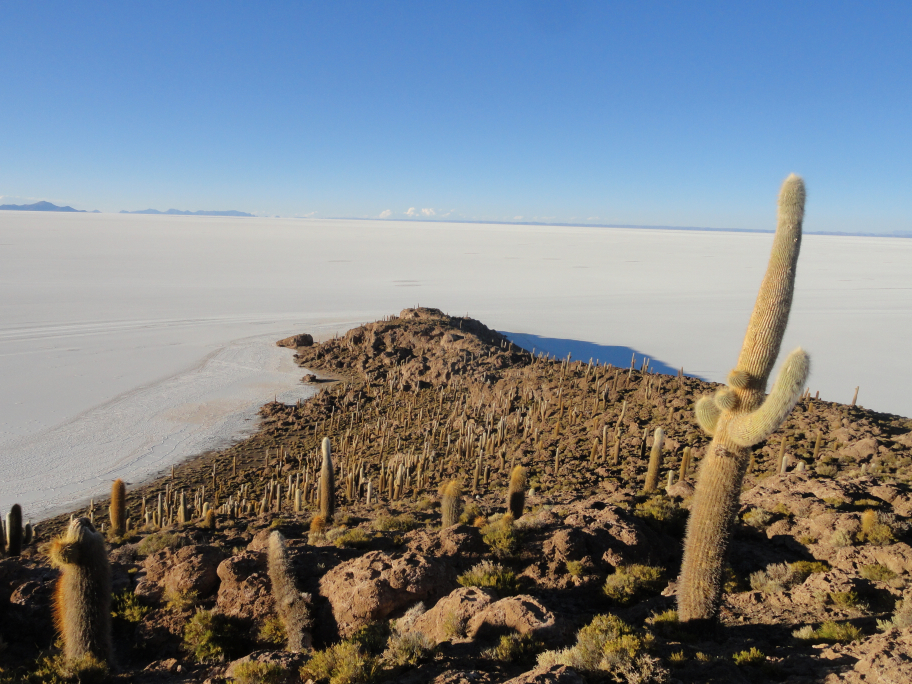 An ancient island of the Incas, now a peculiar cactus riddled land mass poking out of a never-ending plain of salt. 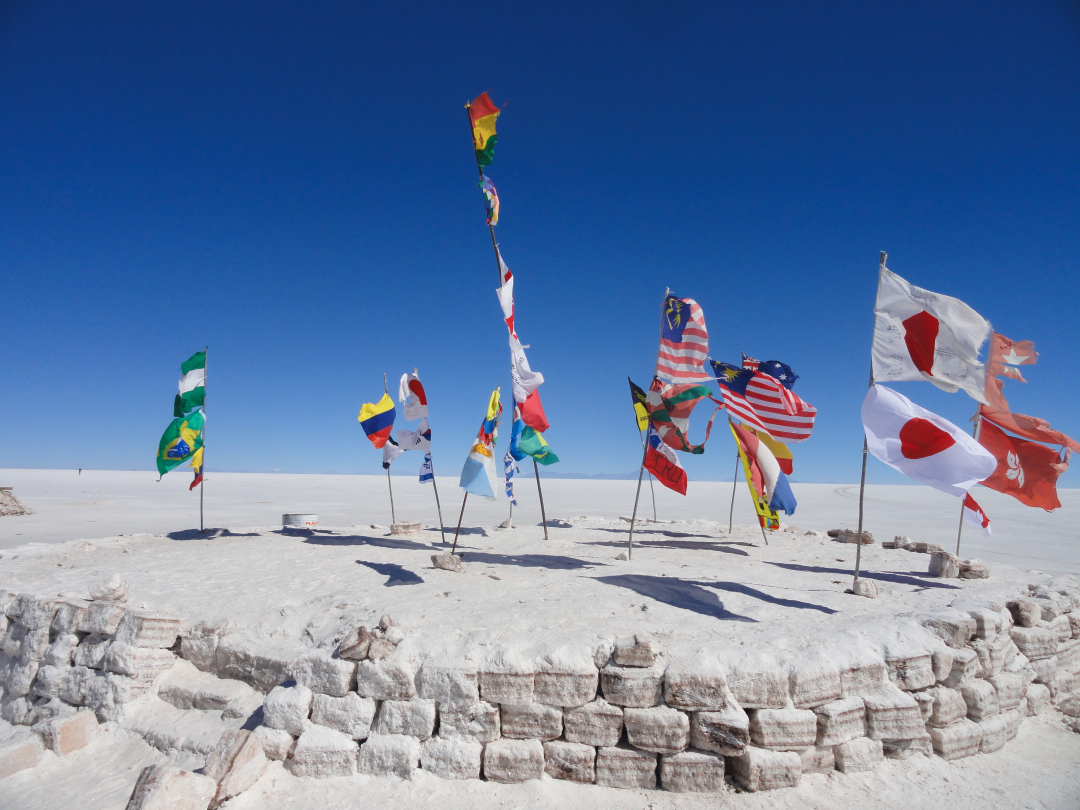 People come from far and wide to splendor at its wonder. 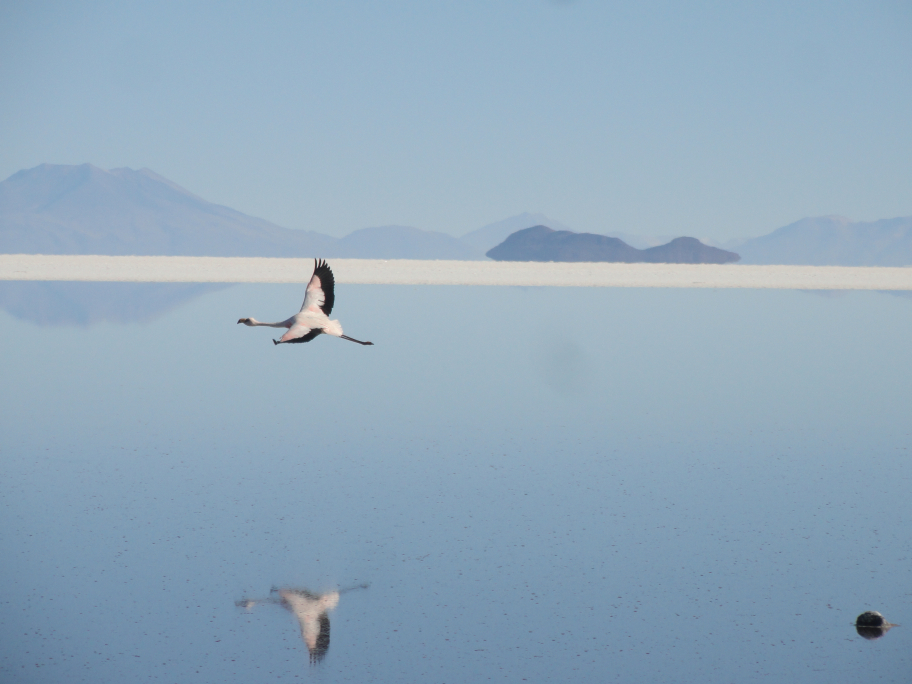 Flamingos glide above the glasslike puddles stretching toward the salt and mountains. 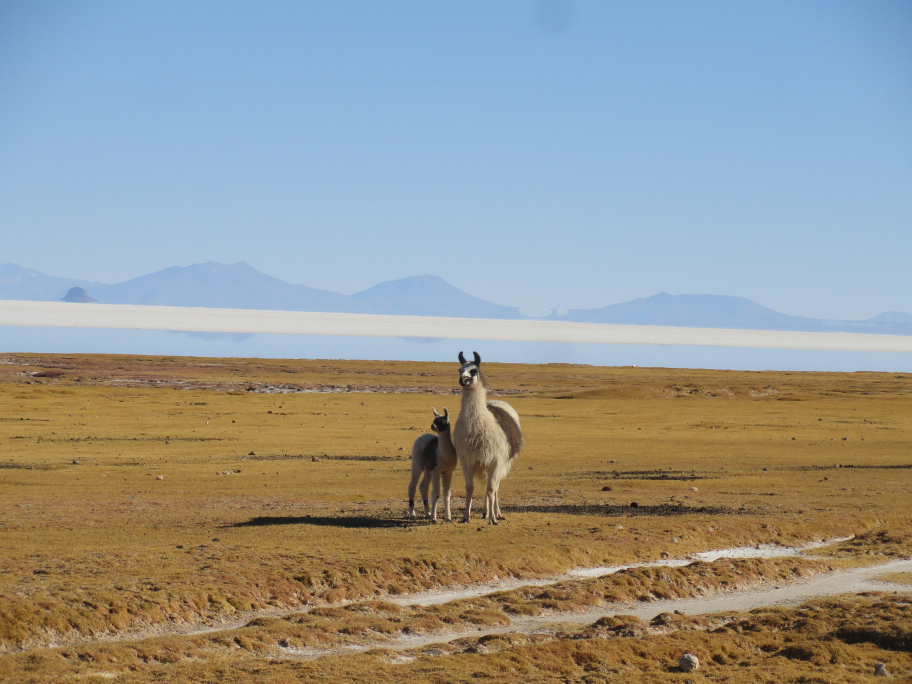 Llama and Alpaca graze along the grassy wetlands at the foot of a volcano. 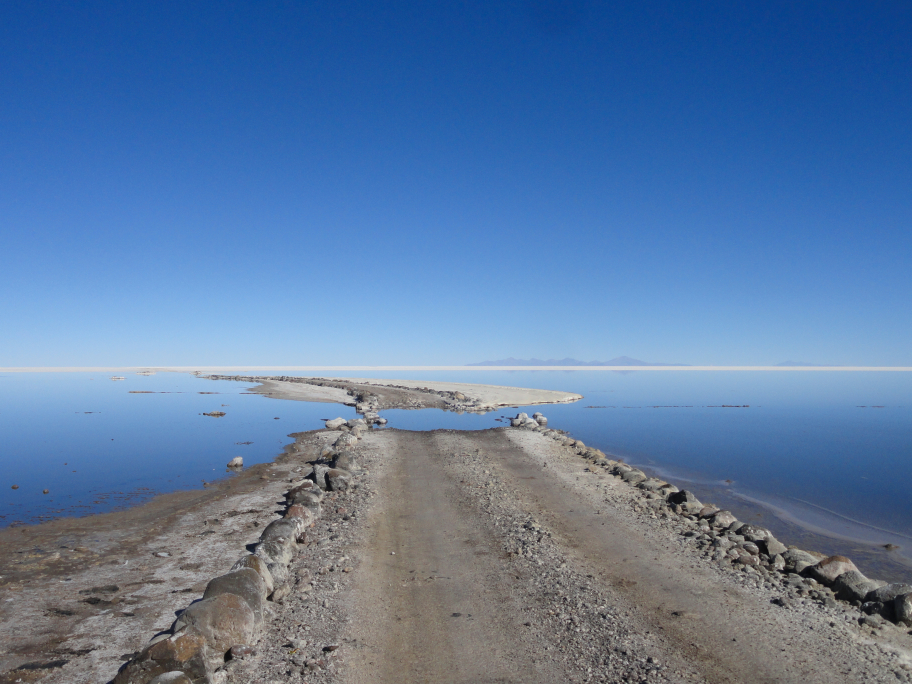 The path to adventure…

An altitude where the desert meets the snow. 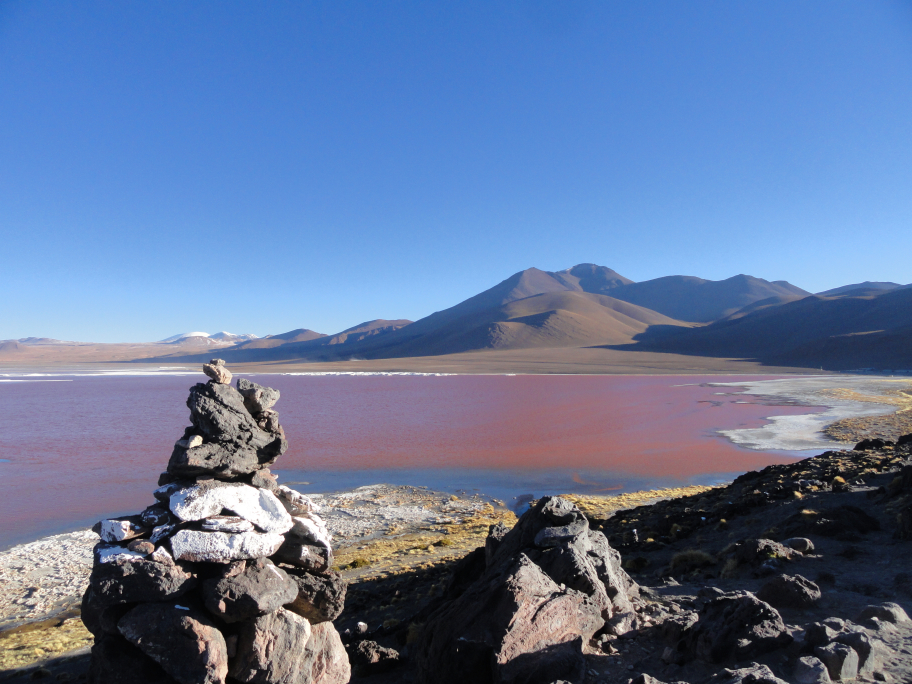 One the shores of murky red waters. 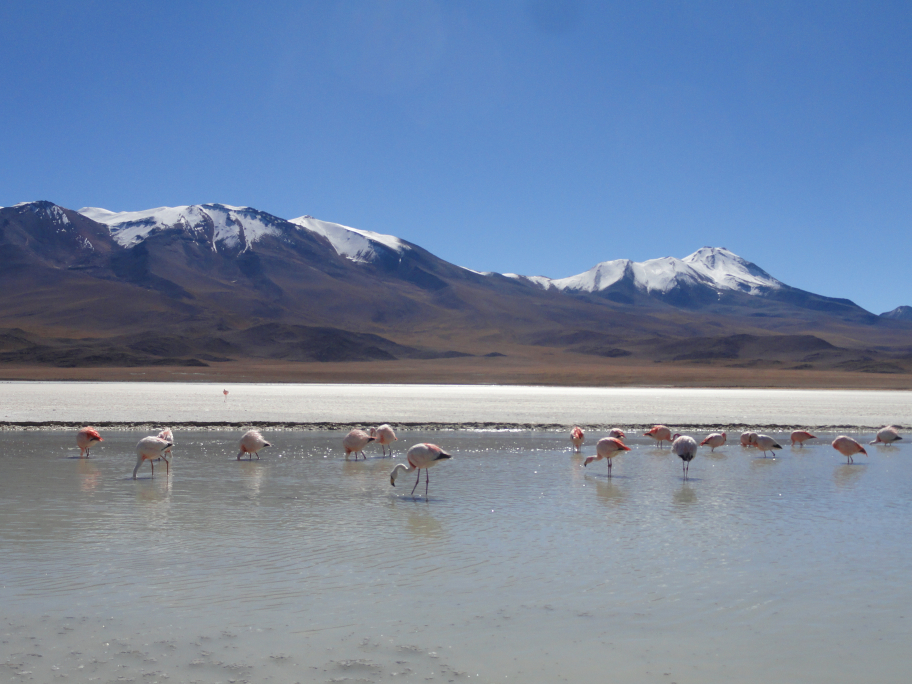 No animals should exist in this barren world where the flamingos thrive. 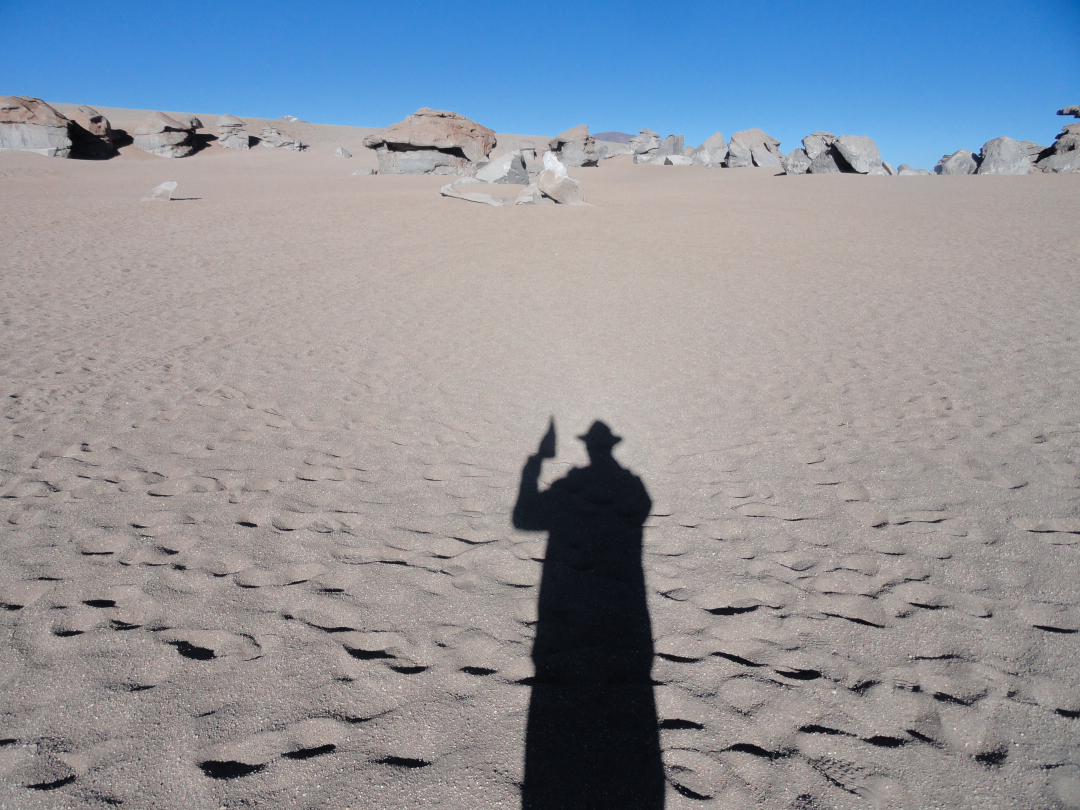 An endless desert where even a shadow appreciates a cold beer. 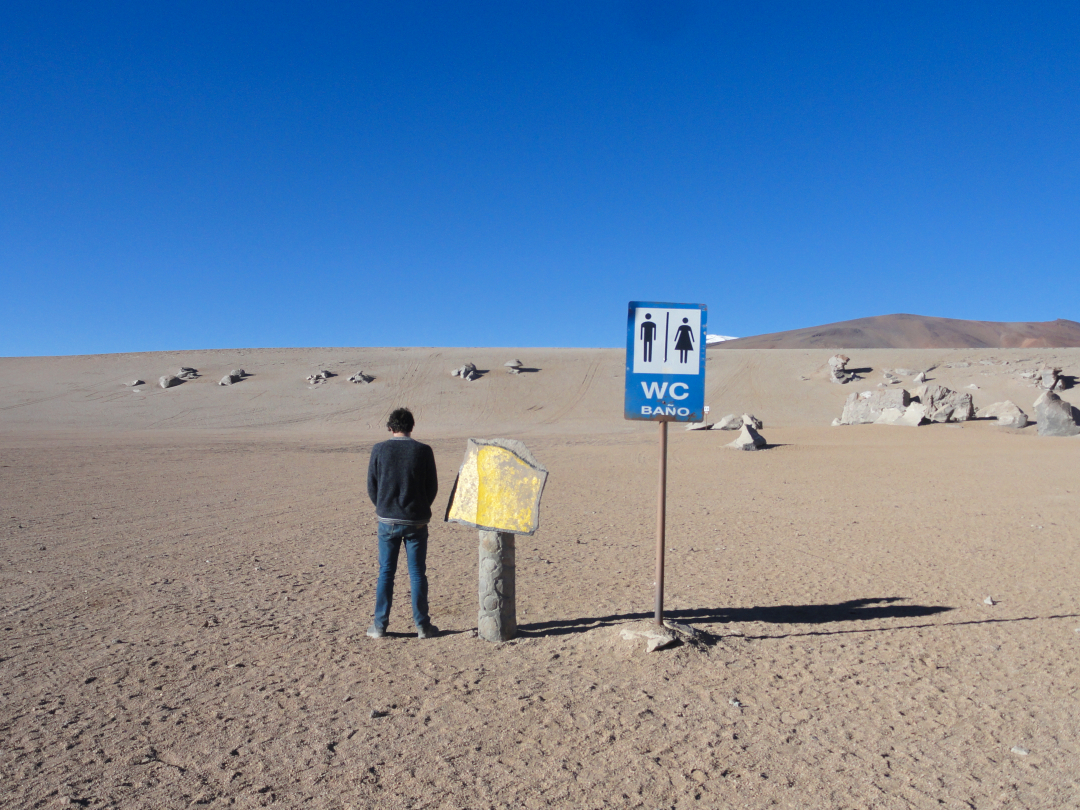 But also needs a place to use the bathroom. 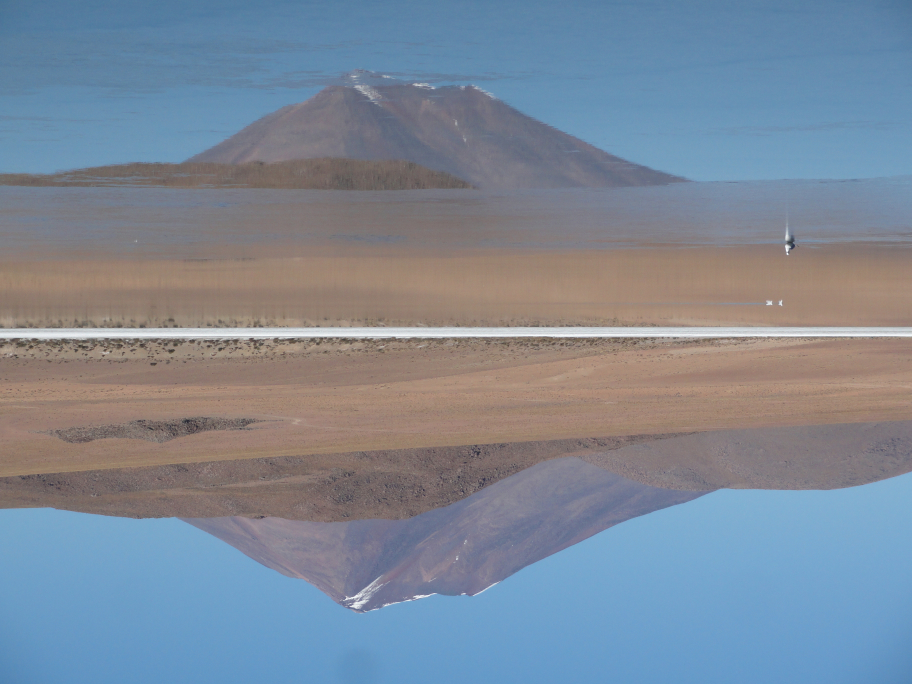 A great place to reflect on things. 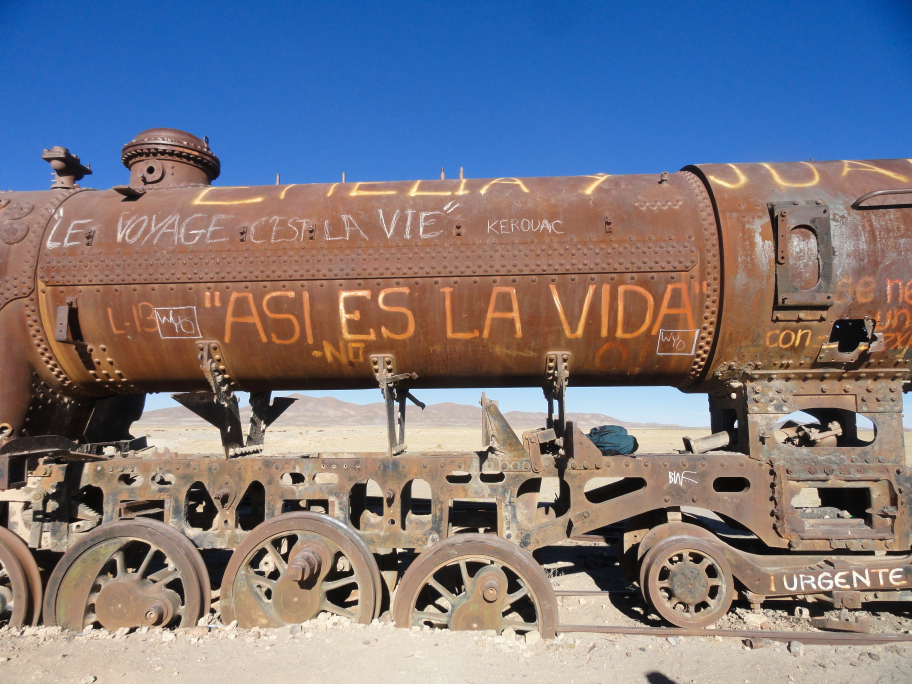