Cofete Beach: A Secret Nazi Base?

Isolated. Raw. Mysterious. Cofete Beach is a place that’s steeped in legend and if you ever have the chance to lay your eyes on it you will understand why. This is the type of place that makes you feel small. It’s a barren landscape with an endless coastline that is backed by arid and desolate mountains. The beach is exceptionally wide and seems like it goes on forever. Just up from the beach is a tiny village of a few scattered farms and one restaurant where you can drink a beer and eat some fresh seafood. The whole scene looks like another world, but it all sort of fits together in a crude and natural way, except for one thing. There’s a white mansion that sits just up the dirt road from the village of Cofete which overlooks the whole area. It’s known as Villa Winter and there are a number of theories as to the purpose of this very out of place hacienda. 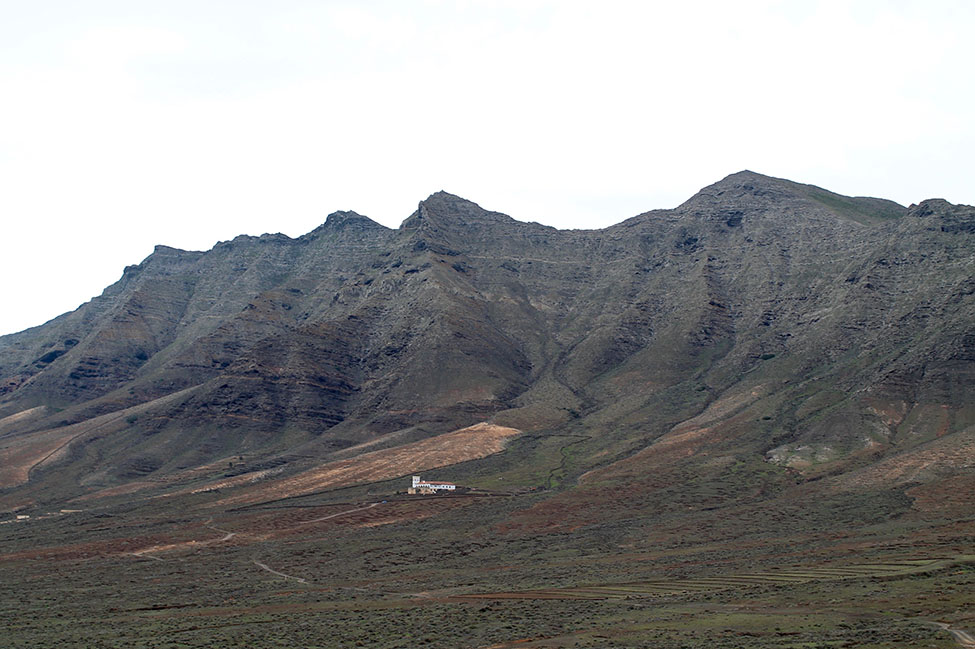 Legend has is that Villa Winter may have played a few different roles during the Second World War. There was a lot of submarine warfare in the Atlantic during this time and the Canary Islands were a convenient and strategic position to launch them from. One rumor is that Villa Winter was used by the Nazis as a beacon for submarines in the area. As the island of Fuerteventura is composed of dormant volcanoes there are a number of lava tubes underneath it that supposedly served as a base for Nazi U-boats. In fact, there are a number of people who claim that two German subs that were never found after the war are actually still living under the island. The other persistent rumor is that Villa Winter was used as a plastic surgery clinic for Nazis after the war. Because they were war criminals their intention would have been to change their identities so they could start a new life. Many of the Nazis fled to South America after the war and the Canary Islands were the perfect place to change face and set off for a new life. We will probably never really know the true story of what went on in Winter Villa, but the peculiar location of this place makes it seem like it’s the type of place people would escape to who were running away from something. 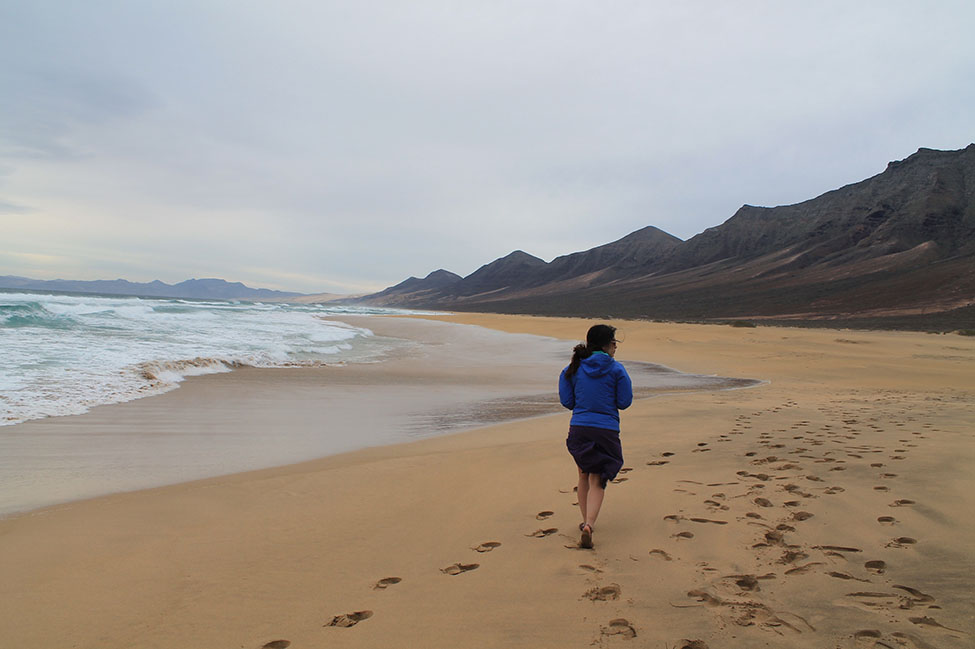 The Journey to Cofete Beach

From the sky, the island of Fuerteventura looks like the Spanish colonized Mars. It’s a giant desert covered in mountains with a few small communities scattered along the never-ending coastline. There’s more goats than people that live on the island and a local told me they have some of the best cheese in all of Spain. On the very south of the island protrudes a little piece of land with a town called Morro Jable. It’s a pleasant place with a beautiful stretch of beach in front of it. From here it’s the easiest place to visit the fabled Cofete beach. 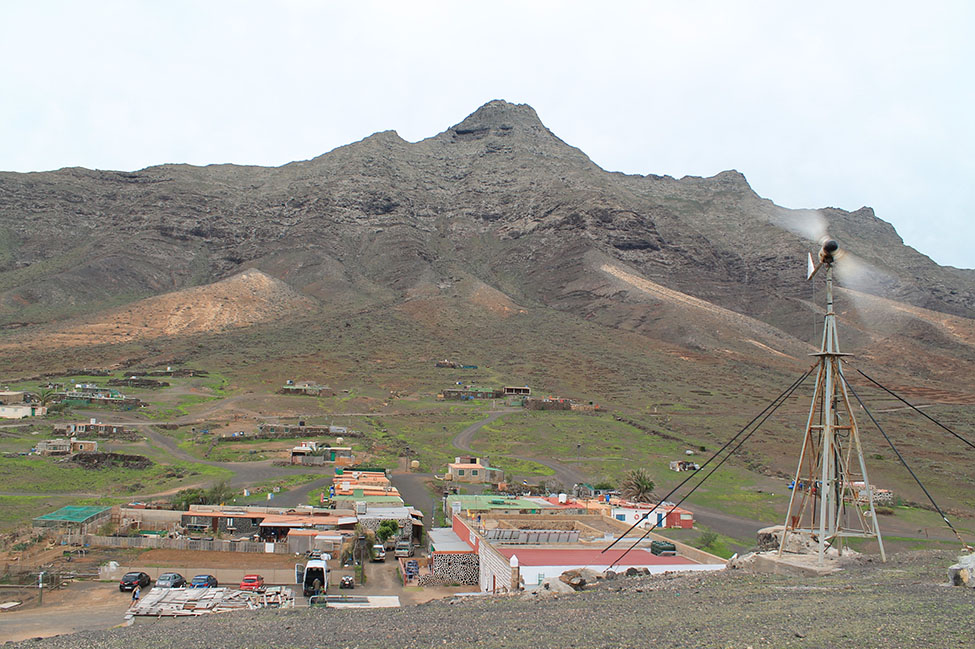 The Morro Jable bus station is nothing special. We were told to find bus #148 and that would take us to Cofete Beach. We’d heard rumors that this bus was one of the seriously rugged variety and we were not let down. This is an extremely robust form of public transportation that can best described as a small bus cab that’s been built atop a lifted SUV frame. It requires a few steps to get into and looks like it would be an absolute blast to drive. The older man who had the good fortune of being employed to drive this monster was very welcoming, and the journey began. 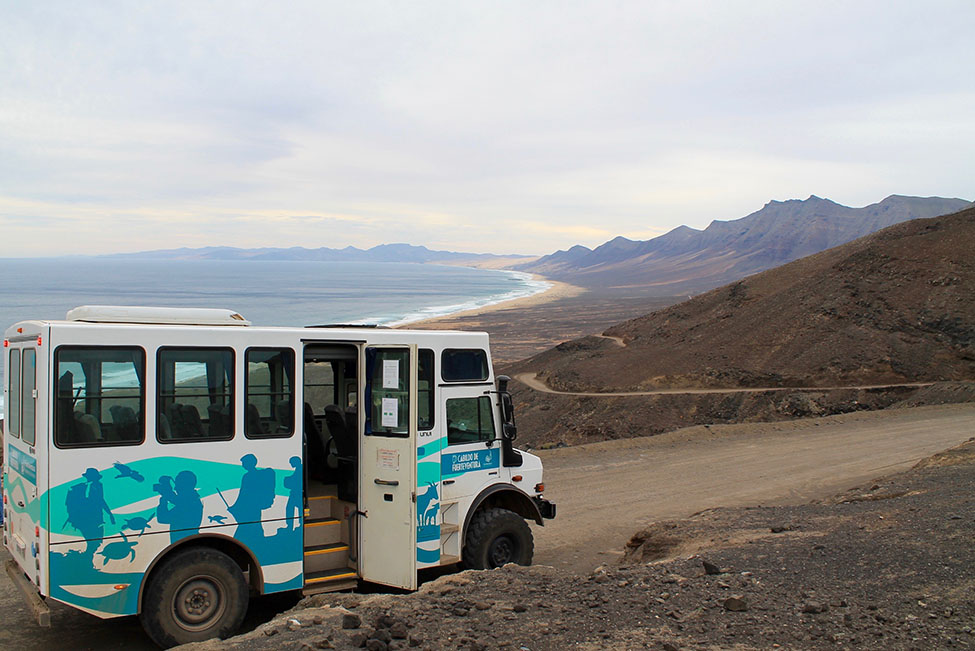 During my travels I’ve developed a fear of being a passenger on narrow mountain roads with steep cliffs at the side. From the death road in Bolivia to countless steep mountain roads in Argentina and Peru, not having control of my own fate in a bus that’s just feet from plunging to certain death is something that makes me quite uneasy. The road to Cofete is dirt, but to be fair it’s well taken care of. A normal car at slow speeds could make make the journey and most likely everything would be okay. However, in a giant 4×4 with an experienced driver who does this route multiple times per day, this old man was treating our journey like a game of Mario Kart. He was literally accelerating into turns where one slip and we’d be rolling down the side of a mountain and into the ocean. He was genuinely a good driver and seemed in control, but he was going very fast considering there’s no guard rails and literally forcing tourists in their rental cars to pull off the road as he roared by them refusing to slow down. 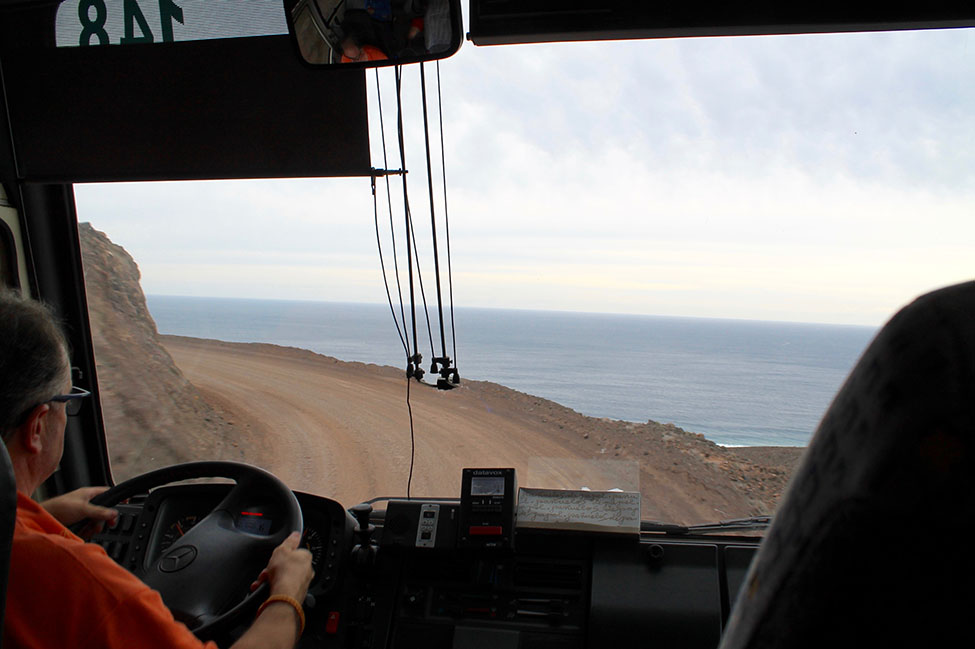 The journey takes you up one side of a mountain range and down the other. When you reach the summit and get a view of the landscape below, you forget about the knot in your stomach. The human race has created so many massive and monumental things sometimes you forget how small we really are and this place is a quick reminder of that. Heading down towards the beach, the tiny town comes into view and you wonder how and why any human beings would choose to live in such a remote area with virtually no plants in the area. I visited Cofete beach in the winter and while it was plenty warm enough, it was an overcast day and the wind was howling off the ocean. I can imagine that this place would be a magnet for extreme sunburns in the summer. After a few hours of exploring the beach, and eating some delicious seafood it was time to subject ourselves to the journey back to Morro Jable. 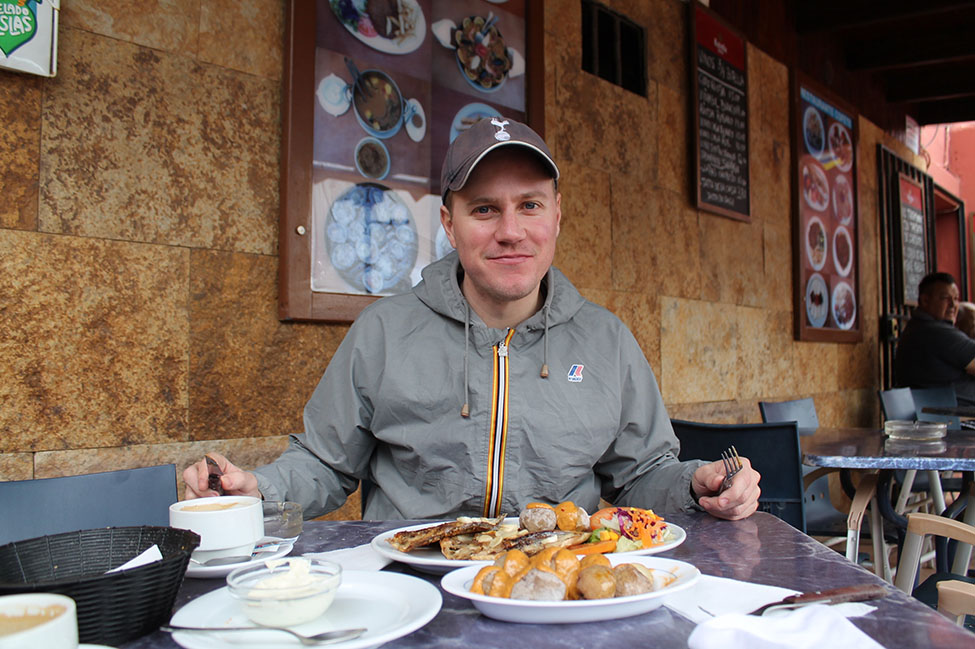